I started thinking about and working on version I of my Time-Lapse Pinhole Camera around December 2008. It was a low-cost, all weather camera, that opened and closed by itself (in theory). To reduce the likelihood of tampering and to provide protection from rain and wind the housing mimicked a nestbox in appearance. Complete with large front portal which allowed the camera mechanism inside to peer out and observe the scene. Made from a cheap alarm clock and toy cogs, the shutter was simply a piece of card rotating in front of a film canister pinhole camera. The photograph A Month Of Nights, (2009) was taken with the Mark I. 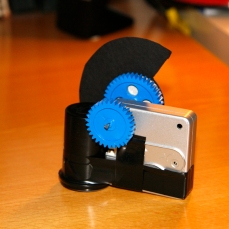 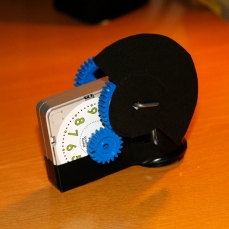 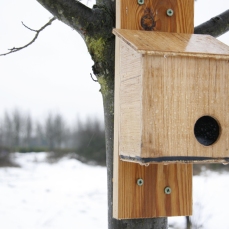 Mark I mechanism disguised inside a wooden nestbox. (Nestbox in situ in Campbell Park, Milton Keynes in 2009) Copyright Anthony Carr